Proudly brought to you by CopySmiths.com

Listverse is a gold mine for experienced writers.

You can publish your content and get paid well per article, provided you meet some conditions—your article must be a unique list of 10 mysteries, forbidden secrets, or fascinating facts written concisely in native English.

The word count ranges between 1,500–2,000 words, and you need to ensure you hook readers to your content with fun facts before submitting the article.

To give you a clear picture of what’s expected as a Listverse writer, here are two awe-inspiring Listverse articles in the history category.

1: Top 10 Biological and Chemical Weapons From the Ancient World

This Listverse article reveals how the ancient people weaponized biological and chemical elements to defeat their enemies in battle.

However, CBR warfare stems from ancient times when Greek soldiers used poisonous arrows to wipe out their enemies. The Romans and Greeks used at least 24 plants (like Hellebore blossoms) to poison their arrows.

The article also dives deep into the conquest of Alexander the Great. His soldiers coated their swords with deadly venom from viper snakes.

A cut from these envenomated swords would be lethal—a wounded man would go numb and suffer a horrible death.

Ancient army generals and commanders would also use biological projectiles like beehive bombs. For example, in World War I, soldiers set tripwires along the enemy’s route to release hives and send a swarm of bees to their foes.

Bees were not the only biological weapons used in ancient combat.

The inhabitants of Mesopotamia weaponized scorpions, wasps, beetles, and assassin bugs against the Romans. For example, in the City of Hatra, citizens created scorpion bombs using clay pots to battle down Roman invaders.

Other deadly weapons included in the article are:

2: Top 10 Incredible Stories From the Birth of Ancient Egypt

This Listverse article reveals the secrets of Ancient Egypt. It explains where famous movie figures like Imhotep and Scorpion King got their names from.

The story of the Scorpion King dates back to 3400 BC. The Egyptians established the upper kingdom in the southern desert lands (whose king was called “Scorpion”) and the lower kingdom in the Northern Nile.

The Scorpion King planned to invade and conquer the lower kingdom and unite it with the upper kingdom. But, unfortunately, he died before accomplishing his goal.

Later, Scorpion King’s successor (Menes) conquered his neighbors and unified the upper and lower kingdom. He’s recognized for bringing peace to Ancient Egypt and establishing Memphis (the capital). He also built a wall on the Nile to prevent flooding and reclaimed the marshlands.

Rabid hounds once attacked Menes, and he was forced to jump on a crocodile’s back to escape to another shore. He later established the city of Crocodilopolis on those shores, where his people lived in peace. They also learned how to brew beer and developed sports and woodworking.

Menes is believed to be the king who invented luxury, but sadly, he had a terrible end. He was chewed to death by a hippo.

Other Ancient Egypt stories in this article include:

Top 5 Secrets of Writing a Killer List for Listverse

1. Know the topics that are highly accepted. Listverse has a wide range of topics, but some have higher acceptance rates than others.

The table below highlights the most popular topic categories in Listverse:

2. Know the rarely accepted topics. They include sports, self-help lists, and technology—don’t write about these topics unless you have a surprising twist.

3. Entertain your readers. Facts alone will not get your articles on Listverse. Instead, add a dash of fun to your content—connect with the reader’s emotion.

4. Make your list clear. Your article must be easy to read with a magnificent flow. The language you use should be of the same level as a native English speaker.

5. Keep your article concise. Your list should be brief and fluff-free. The word count accepted in Listverse ranges between 1,500 and 2,000.

When you understand the above requirements, you’ll be ready to write amazing top 10 lists for Listverse.

Grow Your Skills With Small Revolution

If you want to sharpen your writing skills, you can enroll in the SEO Copywriting Course to get ahead of the competition. The course will help you become a sought-after copywriter.

Here’s what one of our students said:

I’ve really grown as a commercial writer in the past six months because of this course and the guidance I’ve received. I’ve always considered myself a talented and creative writer, but this has helped me go several steps further. Now my work is highly appreciated, I have published articles in my name, I create content daily, and it’s all a smooth process. And I’m still learning to improve because I always want to push myself and give my best in my writing.”

For more info, check out our FAQ page. 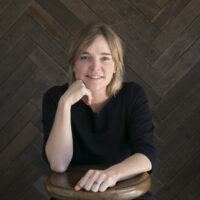